2014 has been a mostly abysmal year in major label rap releases with a few decent exceptions (notably YG’s My Krazy Life and Logic’s Under Pressure). That being said, the underground has provided a wealth of exceptional projects many of which were overlooked or not given the promotion they deserved. Here’s a brief list of 5 projects that may have flown under your radar, but will more than satisfy your rap fix for 2014.

The Chicago rap scene has gotten a lot of buzz these last few years with artists such as Chief Keef and Lil Herb representing the Drill scene. Last year Chance the Rapper’s spectacular Acid Rap mixtape as well as collaborator Vic Mensa showed a more conscious approach to Chicago rap music bringing a more positive alternative to drill’s more bleak and violent outlook. Mick Jenkins’s latest mixtape The Water[s] rests firmly with Chance’s camp featuring jazzy beats all soaked in a dash of reverb to add to underwater feel sticking with the tape’s title and theme. Jenkins vocally sounds like a more East Coast Jay Rock delivering sharp and intelligent street-wise rhymes. The theme for the tape is best stated in the chorus of the title track: “Water more important than the gold, People for the gold, Everybody do it for the gold, People save your souls.” Highlights: “Shipwrecked”, “The Waters”, “Jazz”, “Jerome.”

Kevin Gates, By Any Means

The Baton Rouge native has been on a hot streak lately delivering two great mixtapes in 2013 and following them up with By Any Means in 2014. Starting the tape off strong with his trademark melodic flow and keen knack for hooks “Wish I Had It” bursts out the gate with one of his most memorable songs to date. Another highlight, “Can’t Make This Up,” details his recent prison sentence and baby mama troubles. Gates isn’t your average Trap Rapper as he delves into themes far more personal such as his lack of excess and the debts he still owes “Just Want Some Money.” What truly sets Gates above the rest is his melodic delivery, slightly left of center beat selection, and a sincerity that oozes from his songs, not to mention his Master’s degree in Psychology. Highlights: “Wish I Had It”, “Can’t Make This Up”, “Don’t Know”, “Arm and Hammer”

Yes I know this was a Def Jam release, and they’re a major label, but they only let Vince release an EP, and you know what? It’s THAT GOOD. Few rappers can make me forget that Earl Sweatshirt had the first verse on a song let alone hold their own against him (“Hive”). Vince Staples sounds hungrier than ever before bringing energy to these beats that he seemed to previously only save for feature verses. Vince has proven he has bars for days, but here the songwriting and storytelling really shine. “Screen Door” tells the tale of Vince as a youth watching his dad sell drugs in the ally way by their house. “Hands Up,” assisted by a DJ Mustardish bass line from No I.D., is one of the best anti police brutality songs in years. “Blue Suede” is one of the most ear grabbing songs this year with a death row reminiscent beat with booming 808s and a high pitched synth line while Staples laments his dead friends saying he hopes to outlive the red roses on their graves. Even the sole obvious radio concession (“Limos”) works based on the strength of Staple’s rhymes. Highlights: “Screen Door”, “Hands Up”, “Blue Suede”

Composed of deeply underground rappers Billy Woods and Elucid Armand, Hammer dropped their fantastic debut album Race Music in 2013 and have now released an EP Furtive Movements composed of mostly new songs in 2014. A quick resume for the two: Billy Woods has collaborated in the past with Vordul Mega of Cannibal Ox fame and released an incredible album completely produced by Blockhead (known for his Aesop Rock production) last year. Elucid released an album as Cult Favorite also worth checking out. Furtive Movements features the two MCs rhyming over murky boom bap inspired beats rather than the noisier more dystopian flavor of their previous projects. Delivering esoteric lyrics concerning social injustice, poverty, and conspiracies (sample lyrics: Woods,” “Fist of the North Star cranium, manicured/ Saudi Arabian Aerys Targaryan” or Elucid,”They are who we thought they were everything and more we thought they might be”). Fans of Aesop Rock, Cannibal Ox, or El-P should not sleep on this project. Highlights: “CRWNS”, “FUBU”, “B.E.T.”

Speaking of early 2000’s Def Jux, a peek through the liner notes of legendary albums such as The Cold Vein or Fantastic Damage will reveal a sound engineer who recorded large parts of these records known as Nasa. Now known as Uncommon Nasa and head of Uncommon Records, he released one of the most underrated albums of the year, New York Telephone. Over murky grimy beats reminiscent of a modern Funcrusher Plus, Nasa delivers conceptually based narratives about his life as a New Yorker (“Paranoia or Perception” or “This Bodega is Trying to Kill Me”) with a choppy old school style flow reminiscent of those late period Rawkus or early Def Jux releases, which he was a part of. This is by no means a throwback or nostalgia project, but instead a forward thinking update of a style he loves. This is his love letter to New York, while also being worried about its future. Highlights: “574s”, “The Stakes”, “This Bodega is Trying to Kill Me”, “Paranoia or Perception” 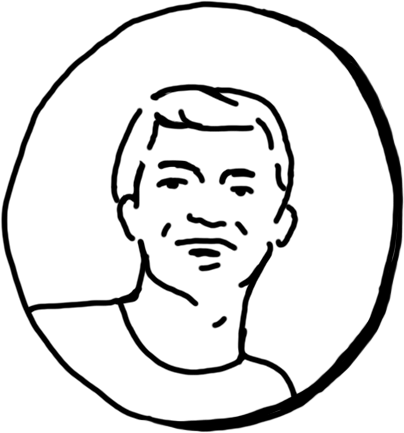 College student who dabbles in music on the side. Fan of Pitchfork, Aquarium Drunkard, Passion of The Weiss, Dead End Hip Hop